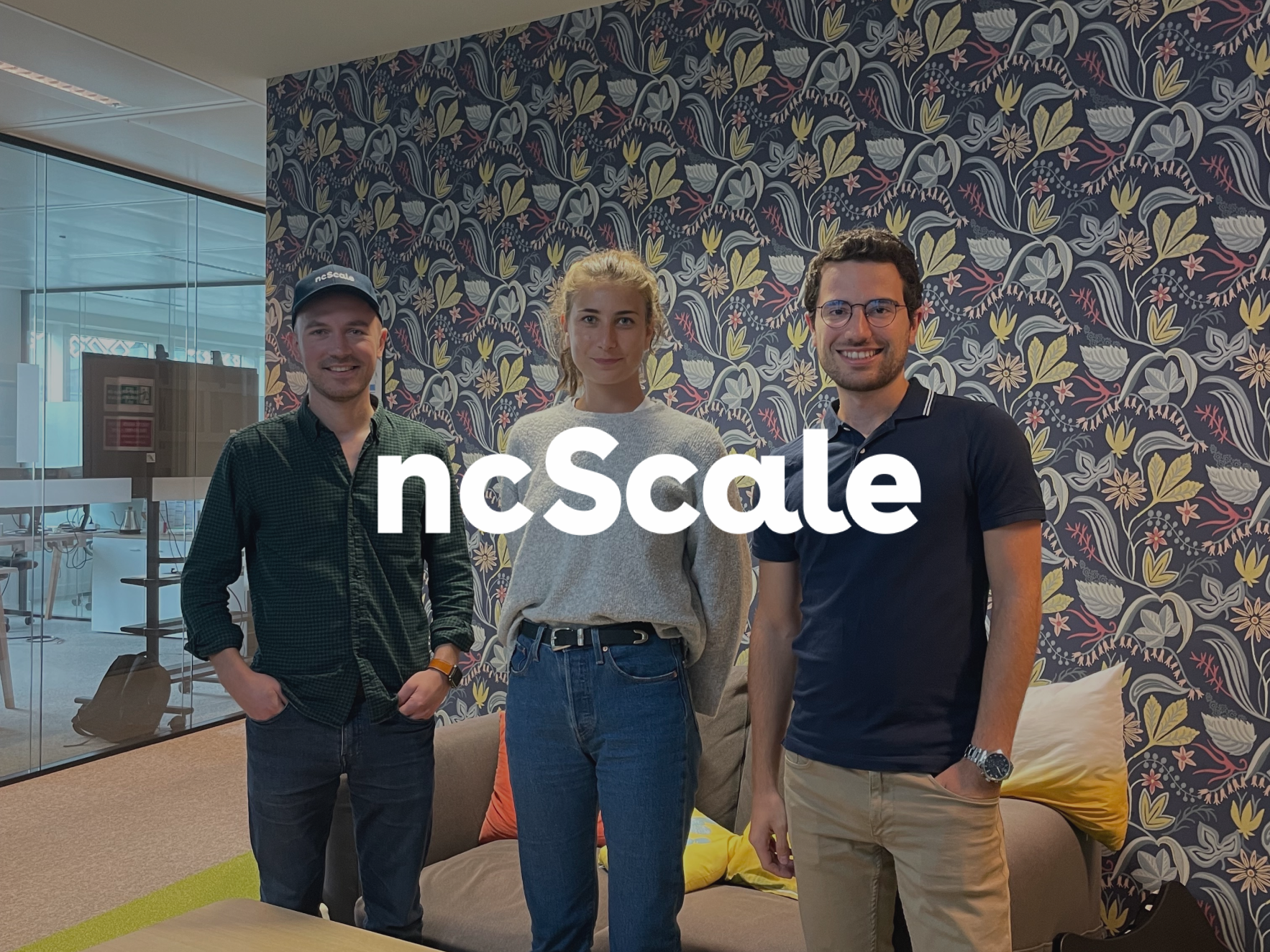 For this seventh meeting NoCode Series, we go to Lyon to meet the startup NoCode of the moment: ncScale. The company has been in the news a lot since it recently raised $2.6 million in March 2022 from the prestigious funds Kima and Elaia Ventures. We met Benoit de Montecler and part of his team in their offices located near Part Dieu in Lyon.

ncScale or how to make stacks NoCode scalable and secure.

Coming from a business school, Benoit considers himself as a geeky entrepreneur. Very early, at the age of 16, he founded his first company: a web hosting service that he sold two years later with 500 customers.

Then, in 2013, he joined a mutual insurance company and started to digitalize many processes in the company with Zapier. It was during this experience that he discovered NoCode.

Four years later, he founded a digital recruitment firm: digiRocks and discovered on Product Hunt Bubble in 2018. He then decided, with his team, to create the entire digiRocks ERP on Bubble: a great success!

He leaves the digiRocks adventure in 2020 to co-found and embody the technical development on Bubble of another HR project in NoCode : Job do it. This project, supported by Pole Emploi, aims at boosting the employability of young graduates or active people in reconversion thanks to coaching by a group of senior recruiters.

In March 2021, Benoit discovers that many Bubble users do not implement security measures to protect their applications. He then started to contact all the project owners identified on Bubble and offered them to do a security audit of their applications for free. This is how the nocode:nohack project was born, which will become ncScale in 2022.

The adventure began in 2021 when Benoit co-founded nocode:nohack with his partner Kevin Janiky, which changed its name to ncScale after the fundraising in March 2022.

Originally, nocode:nohack had an educational goal for the Bubble community to make developers aware of security issues and access to vulnerable data in their applications.

In September 2021, Benoit and Kevin are approached by an investment fund particularly interested in the project's value proposition.

In order to accomplish their vision and enable the entire ecosystem to scale and secure their applications and operations NoCode by bringing all the tools available in the world of Code (versioning, alerting, logs, security), Benoit and Kevin raise $2.6 million in Seed in March 2022.

For Benoit, NoCode projects can scale and go far as long as the teams of developers NoCode respect the good practices. Just like in the world of traditional programming, where it is inconceivable today for a professional developer not to use Git for example, the vision carried by ncScale is to transfer the entirety of these tools into the NoCode universe.

The ambition is great and the challenge is there!

Moreover, an acculturation to these notions is necessary. Benoit states that their goal is to push the largest part of the makers to use their products (at least versioning) in order to pull up the whole creation market NoCode. ncScale makes a lot of efforts to educate and simplify the product experience in order to massify the adoption. Especially since many NoCoders are not yet aware (which is less the case in the Code world) of the importance of security or versioning issues in projects.

ncScale is already working with great companies from the French or international ecosystem such as Prello or FINN. Through these collaborations, Benoit hopes to inspire and touch the largest number of people to demonstrate the interest of a scalable approach NoCode .

ncScale develops a series of tools that includes the following application bricks:

Vendors will probably evolve their technologies to eventually implement more advanced security, versioning and log management systems. How will you position yourself?

According to Benoit, this would be very good news because it means that they are working on a real need! Also, ncScale offers a global multi-tool supervision. Most companies will use more than one technology NoCode, and these will be interconnected.

Moreover, Benoit has the ambition to create another product within the ncScale suite: the Mapping in order to easily visualize the structure and connections between each tool NoCode. With the help of several layers (tools, data and variables), it is possible to precisely analyze the links between the tools and thus to identify the impacts in case of modifications in the applications: we talk about observability in order to anticipate the impacts on the dependencies.

So the team has a lot of exciting projects in the pipeline!

How is the ncScale team organized?

The company operates globally in remote (especially for the Tech team) with a presence in Lyon (for the Onboarding and Success division) and in various cities in France.

The majority of ncScale users are foreigners, the team performs many onboardings in English or Spanish and regularly travels to meet the international NoCode community (recently in Berlin).

Although ncScale is a tech startup that mainly uses code for its core product, the team also uses NoCode for part of the back-end with Baserow, Buildbase and n8n. Also, the culture NoCode is important to understand the needs of customers NoCode. This is especially the case since the developers build the ncScale product partly on top of NoCode technologies. They must therefore imagine optimal integration solutions to facilitate the end-user experience.

Also, ncScale develops some tools internally with NoCode technologies to test the uses and tools: for example, an internal directory developed with WeWeb + Xano or a combination of Tally + Make + Hubspot for a part of the marketing process. Eventually, it is not excluded that Benoit sets up an internal team NoCode to also develop new features quickly around the core product.

Finally, the team is constantly on the lookout for new tools NoCode and produces rigorous documentation.

The entire team has been working hard over the last few weeks to make the onboarding process for the Versioning application, which will be the first consumer brick in the ncScale suite, more fluid. The objective is to allow the greatest number of people to use the tool without the help of a Sales or CSM.

In parallel, Benoit and his team are also developing the Alerting & Logs and Security bricks for more experienced users or companies who wish to implement best practices for scaling their application(s) NoCode.

Benoit confides that he is currently focusing on a niche of beta-testers to improve the product before a wider use.

A tip: document before developing in NoCode !

Except if the objective is to explore a tool, Benoit advises (as in traditional development) to document before producing in NoCode, that is to say to write everything you have to do before starting to check the feasibility with the chosen tools. This also makes it possible to optimize the architecture of one's application before even starting development.